Nationalism is a phenomenon that has been connected to various institutions and conditions from micro-level behavior about language use to macro-level processes such as globalization. However, researchers of nationalism have ignored its link to public policy. For instance, many publications surveying the field of nationalism studies pay no attention to public policy issues.[1] [2]

The relationship between nationalism and public policy remains largely unexplored. For this reason, focusing on the link connecting sub-state nationalism[3] and social policy, situations like the case of Catalonia or other European regions could probably be explained.

There are certain factors that can influence the behavior of specific populations. First of all social policy could probably condition the process of identity and nation-building organized by sub-state nationalism, and that nationalist movements typically trigger pressures for decentralization of social policy. Another argument in this context is that nationalism is not a societal force; it is also a political construction that reflects broad institutional legacies.[4] Thirdly, the historical sequence of nationalism and policy development may create institutional forces preventing the correspondence between policies and ethno-linguistic boundaries.

There are scholars that have underlined this important gap in the literature on nationalism while also affirming that in certain states with policies such as education and broadcasting will tend to be decentralized along with ethno-linguistic lines.[5] The strategy of creating linguistic policies in the educational system[6] has its reasoning in that the development of nations is based on the expansion and the enrichment of the local language and dialects and the respect of the local values and specificity.

The rationalization of the nationalist movement is that the invader has also created and encouraged a certain linguistic anarchy inside the community in order to weaken the local language, destroy the community own immune system and deepen its dependence to the powerful. [7] Therefore, the construction and expression of national identity at sub-state level is a process that relies upon references to distinct culture or history. At the heart of their campaign cultural distinctiveness in language serves as criterion for defining the national community and so specifying who should be included or excluded. Once the structure has been determine the political strategy of nationalism is to elaborate and promote cultural acts as a powerful reference of national identity with all the symbolic meanings and binding ties that it implies. In the case of Québec and Scotland national identities are strongly associated with progressive politics embodied by unique social programs, basically related to health care, education and income which the same way as culture is in the everyday life of citizens. We can say to some point that social policy represents a manifestation of the existence of a political community.

In Spain the Catalan nationalist movement has exerted influence on government public policy. According to researchers Catalan politicians have used nationalist sentiment to take over institutional power. The Catalan independence movement has other roots, as well as «the cultural or national foundation». «Now, people who are of Andalusian origin, which came in the 60’s or even born abroad in South America or Africa, support independence. “According to certain politicians is because they have seen that the treatment Catalans receive is abuse».  [8]

Obviously, the identity-generating and mobilizing potential of different policy areas is at the core of the political strategy. In this respect, nationalist movements on the whole have put considerable pressure on policy outcomes with the objective to influence societal perspectives on public policy.[9] Consequently, it creates a relationship between historical sequence and institutional development that result in policy change.

After social policy initiatives are controlled, the next step is to create a narrative of cultural oppressors in order to mobilize populations to gain political power, territorial autonomy and legal protections for language and culture. This situation generates a political dimension in which the relationship between state and region is based on financial resources. Nevertheless, it’s a short-lived understanding because nationalist movements seek decentralization of social policy, even if they risk facing enormous financial loss. In view of this scenario some regions frame their reference to nationalism and welfare state to the idea of solidarity.

Once the favorable political conditions have expanded their power and influence to the limit and relationships between societal and institutional forces are worn out, the final step for a nationalist movement is independence.

[3] Sub-state nationalism is the construction and expression of an identity, the definition of collective interests, and territorial mobilisation in one’s own province/region/state, separate from the interest of the nation and the common interest of all other provinces/regions/states. 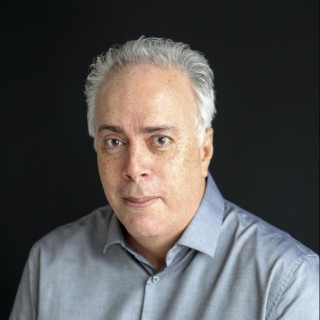